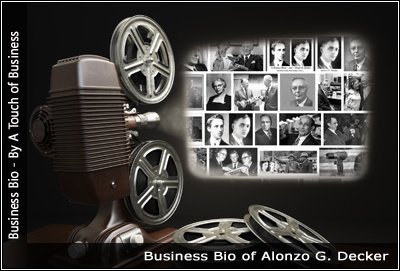 From power tools to handy car vacuum cleaners, the Black & Decker brand is one of the most trusted brands of household and commercial products used in almost every American home or workplace.

Alonzo G. Decker, Jr., co-founder, and the name behind the brand, who was also an engineer, an innovator, a civic leader, a philanthropist, and a legacy he left behind. He came a long way from simply being the heir of his father.

Alonzo G. Decker, Jr. – The ‘Handyman’ Who Revolutionized the Concept of D-I-Y

Decker did not sit back and wait for his time to simply inherit his father’s business. He worked painstakingly from bottom-up in the then Black & Decker Manufacturing Company by first working part-time, and then as a consulting engineer in the export sales department.

Decker did not even escape being laid off from the company during the Great Depression in 1932. When Decker resumed work, he tried his hand in different departments such as engineering, research, and manufacturing.

Decker has then revolutionized the concept of do-it-yourself (DIY) in the late 1930s by having Black & Decker introduced in the consumer market some portable and easy-to-use power tools such as electric drills.

Decker was completely hands-on in the development of most of Black & Decker’s products and had even designed and developed products such as electric hammer drills by himself.

Decker was eager to improve Black & Decker’s products by exploring new technologies and discovering new applications. In 1961 Decker introduced the world’s first cordless rechargeable drill, a tool that was way ahead of its time.

Decker moved up in his career by joining Black & Decker’s board of directors in 1940, becoming CEO in 1964, and serving as Honorary Chairman through 2000. He continued supporting Black & Decker as Director Emeritus until he died in 2002.

Decker was not only one of the most admired business leaders of his time but was also one of the most charitable and generous. He selflessly devoted much of his life to various philanthropic causes, including those involving education and science.

Decker was a director at the Federal Reserve Bank of Richmond and CSX Corporation and was a trustee at The Johns Hopkins University.

The Biography of Alonzo G. Decker

Videos Related to Black and Decker