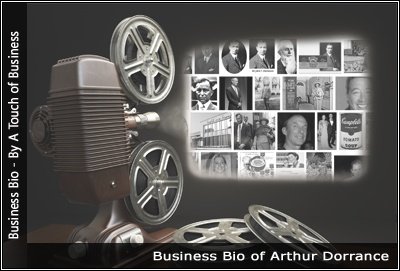 Who thought a can of soup can feed the world? A man named Arthur Dorrance did, and he made sure that every pantry in every home and every supermarket around the globe has Campbell Soup on the rack.

Without Dorrance’s skills and wits as a business leader, Campbell Soup would not have been the household brand it is known today.

Dorrance brought the Campbell Soup Company to new heights in his time in the 1930s through the 1940s, innovating processes and hatching ideas no business leader in any other industry was capable of in that era. Today, Campbell Soup Company has grown to be the world’s number one soup maker, dominating the market in almost all continents.

Arthur Dorrance – Condensing an Idea into a Cultural Phenomenon

Dorrance succeeded his brother, John T. Dorrance, as president of Campbell Soup in 1930. The company was then averagely successful, operating since 1869 and having 21 varieties of soups under the Campbell Soup label. Dorrance drove the company further by establishing a subsidiary in Canada, the Campbell Soup Company Ltd, which operated its first plant in Toronto.