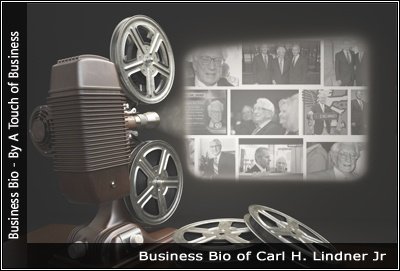 Known for having the Midas touch, Carl H. Lindner Jr. has produced substantial turnarounds and strong shareholder gains in the companies he acquires.

The Lindner family owned a dairy business. The first evidence of Carl’s Midas touch was when he helped transform the small ice cream enterprise into a successful convenience store chain all across Cincinnati. His first acquisition happened in the late-1950s when he bought an insurance firm. And Lindner did not stop there.

Each new acquisition proved that he could turn a company around and consistently generate strong gains.

He and his sons controlled the majority stake in his insurance conglomerate, the American Financial Group. Lindner’s firm is one of the biggest and most successful financial establishments in America.

His profit-making touch has even extended into professional baseball. As co-owner and CEO of the Cincinnati Reds, he boosted his company’s 2006 gains by selling its majority stake in the baseball franchise.

Lindner had acquired the franchise only in 1999 and made it pay off in just five years. The sale gave the company after-tax gains worth 15.3 million dollars for just the first quarter of 2006.

The Lindner family patriarch is also a philanthropist, supporting various charities and educational institutions. The Lindner family also founded the Cincinnati Hills Christian Academy. Lindner also supports the College of Business of the University of Cincinnati via the Carl H. Lindner Honors-PLUS program.

Lindner has also been known to make substantial contributions to political causes, most notably conservative ones, which he believes in.

Key Success Traits: Great timing, knowing just when to buy and sell; willingness to back the causes he believes in with hard-earned money.