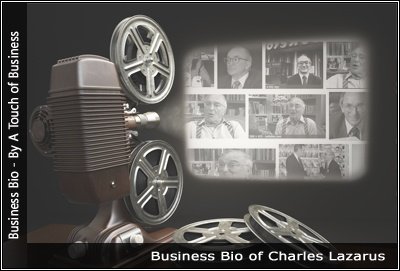 Lazarus took off from the grocery store formula. At his stores, kids could walk along the aisles and choose and examine toys for themselves. He’s focusing on a specific category also revolutionized the retail industry.

The young Charles Lazarus had the vision of creating a child-oriented enterprise. So in 1948, he put up his first store, Children’s Bargain Town, which focused on baby furniture. He was age 25 and he ran it by himself.

The Washington, D.C. store catered to post-war baby boomers. Lazarus would keep the books, man the store, and even deliver purchases to the homes of his customers!

After months of hearing constant inquiries from his customers about toys for babies and older kids, he gave in and started carrying toys. But Lazarus was cautious. At first, he added only a cradle gym to his inventory. After it sold very well, he began selling other toys, such as tricycles, and even books.

He had hit a goldmine. Lazarus realized that toys were more profitable than furniture. Children would break or get bored with them and they or their parents would keep coming back for more.

It was only after a decade in the toy business that Lazarus implemented the grocery store formula, allowing kids to enjoy picking out toys after which they could pay for their choices at a checkout counter.

When Lazarus opened his second store, he decided on the now legendary name Toys R Us that had the R backward. He revolutionized toy retail with cookie-cutter store uniformity, single price discounts, and a vast inventory of 18,000 individual toys.

Today, despite setbacks through the years, the toy company Lazarus founded has bases in the US, Canada, and the UK. It has close to 700 stores in the US and 600 other stores in 29 countries.

The Toys R Us flagship store in Times Square is the biggest toy store on the planet. Lazarus’ company has gone down in American retailing history as one of the most successful in terms of profit and growth.

Key success traits:  Knew how to listen to his customers; knew how to capture his target market; was cautious in making changes to a working format.

The grammatically-incorrect store name, Toys R Us with the R even spelled backward, drew criticism from teachers and parents. But Lazarus knew that his target market consisted of children and that the name would catch their attention.

Aside from having a Ferris wheel, the Times Square Toys R Us flagship also has a replica of the New York City landmark, the Chrysler Building, made entirely out of Lego blocks!

The Biography of Charles Lazarus