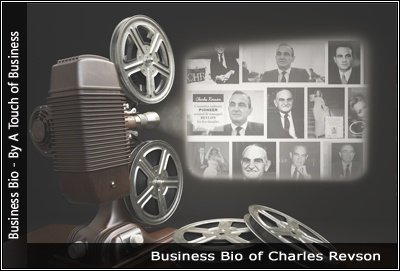 With five decades under the helm of Charles Revson, Revlon was transformed into one of the most recognizable cosmetic brands not just in the United States but also all over the world.

Almost every woman has glamorized her life through a Revlon lipstick or beauty product thanks to this business leader.

Charles Revson – offering Women a Lifestyle Based on Beauty

Revson asked his brother, Martin Revson, to join him and chemist Charles Lachmann, to develop their products. In fact, the L in the Revlon brand was placed in honor of the chemist Lachmann. The first products that were offered by Revlon were nail polishes, offering customers an array of colors that no other brand in the market had.

After this, they expanded their product line to include lipstick, perfume, and other cosmetic products. At first, their products were only sold through beauty salons, but they eventually ventured into selling their goods at department stores and drugstores all across America.

Charles Revson had a reputation for being a hard-driving president of Revlon and some of his colleagues were unable to take this and later on cut ties with him.

Despite his competitive nature, this did not deter the success of Revlon and did not hinder its progress towards attaining the number two status in the country in the cosmetics industry.

At the peak of his leadership, there were as many as 3,500 cosmetics products under Revlon. Aside from this, he also branched out into the pharmaceutical company and enjoyed similar success through this subsidiary.

All of this can be attributed to the way that Charles Revson was able to understand the psyche of American women. He was not only offering her products that would enhance their beauty, but he was also offering them an entire lifestyle made possible via Revlon products.

The Charles Revson foundation had about ten million dollars, used for charitable donations to schools, hospitals, and the like. Even after his death, a portion of his estate was left for this foundation and the endowment he gave has only grown since then.

The Biography of Charles Revson