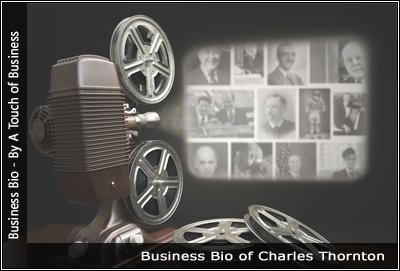 Charles Thornton was an American businessman who became the first CEO of Litton Industries, a company that manufactured vacuum tubes.

It was a staggering company until Thornton took control of it in 1953. Under his wing, the company grew at a fast pace and became the model for other industries.

Charles Thornton – From the Field of Statistics to Vacuum Tubes

Charles Thornton was born in Texas. His father was a well-known innovator in the oil industry and this trait was passed on down to Charles. He first worked in Washington as a statistician in the Department of Agriculture. While working there, he noticed that he really did have had a knack for statistics.

Thornton was commissioned in the service of the war office where he was promoted right away to colonel in less than a year. He created his own methods to train more than three thousand officers and bureaucrats. His methods were able to save time, money, and manpower during those times.

During his service in the war, he met a man named Charles Litton, the owner of Litton Industries, whose expertise was innovating existing technology. He became interested in Litton’s company.

After the war, even though Charles Thornton was working with Howard Hughes and Ford Motor Company, he sought out Litton. He made a deal to buy Litton Industries for 1 million dollars.

At that time, Thornton did not have the money up front so he negotiated with potential investors. When he got all the necessary funds he needed, he was able to get Litton Industries.

Under Charles Thornton’s command, Litton Industries grew at a fast pace and acquired a lot of businesses. During that time, it was one of the first companies able to own its entire production supply chain.

It also became the model of other industries that were aspiring to reach the same goal. Charles Thornton had full control of the company until 1961. Unfortunately, after this time, Litton Industries had managerial and financial problems that lasted more than ten years.

The Biography of Charles Bates Thornton