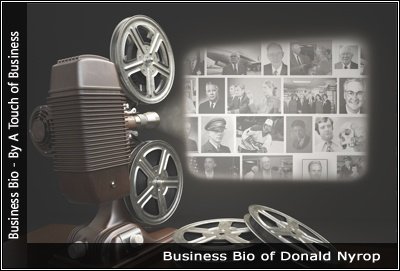 Donald Nyrop is the reason that Northwest Airlines still exists today. If you have taken a flight on this airline, this is the man responsible for its rise.

Nyrop spent his childhood in his hometown of Nebraska and aspired to be a lawyer. He obtained his law degree from George Washington University.

When he became a lawyer, he got a position at the Civil Aeronautics Board. During the war, he also joined the army and became part of the Military Air Transport Command as a lieutenant colonel.

When the war ended, Nyrop joined the International Civil Aviation Organization. International air policy was the subject of one of the conferences and Nyrop gave significant contributions to the discussions.

After an assignment as chairman of the Civil Aeronautics Board, Nyrop eventually took on the position of president of Northwest Airlines. It was 1954 and during this time, the company was failing miserably. As soon as he took on the leadership role of the company, Nyrop turned the company around. He gave Northwest Airlines financial success that it had never seen before and sustained this for a period of 24 years.

The base of Northwest Airlines was located at the Minneapolis International Airport while Nyrop was president of the company. Aside from this, Nyrop also instituted changes within the company such as improving the techniques and training taught to pilots of the airline and placed importance on conducting research and development related to meteorology.

He also streamlined many of the processes within Northwest Airlines and highlighted the relevance of efficiency in all of its operations. Because of his vast experience in aeronautics, Nyrop was also able to bring his technical expertise into the picture. In 1977, Northwest Airlines had earned a profit of $93 million, a huge amount during those times.

It was only in 1984 that Nyrop finally retired from his position.

The Biography of Donald Nyrop