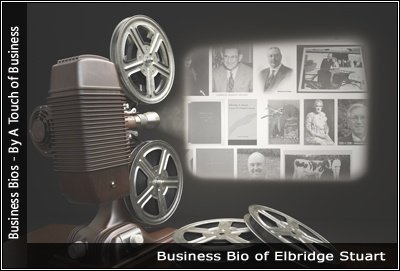 At a time when only fresh milk was dominantly available in the market, Stuart thought up a scheme to rival fresh milk producers with one central focus; to create a kind of milk that doesn’t spoil easily and that can last on the shelf for a longer time.

Since the inception of the Carnation Company in 1906, people not just in America but in the whole world have been enjoying Stuart’s Carnation evaporated milk.

Elbridge Stuart – How The Milk From Contented Cows Swept The Nation

Elbridge Stuart already made a name for himself as a reputable grocer when he came across Pacific Coast Condensed Milk Company, a milk company that already declared itself bankrupt.

Stuart was actually on the lookout for new investment and he found it in the bankrupt milk company. As most beginning businesses are, problems from manufacturing to selling occurred. It was Stuart’s knowledge of milk and cows that saved the company.

Applying the knowledge he had with dairy technology, he began modifying the process of making sweetened condensed milk to making unsweetened evaporated milk. With little tweaks in the milk production.

Stuart was able to come up with a quality evaporated milk that he believed would be patronized by people. And of course, he was right. Add to that his knowledge of cows that he acquired from his father when he was growing up on their farm. Stuart’s philosophy is, in able to produce high quality milk, the milk had to come from high quality and healthy cows; thus the slogan of the Carnation Company The Milk From Contented Cows.

In 1910 Stuart took the next possible step and purchased a farm to breed his own cows. The highly successful Carnation farm set world records for milk and butter production. Elbridge Stuart used practical and no nonsense techniques for milk production that ultimately led to his success in the milk industry.