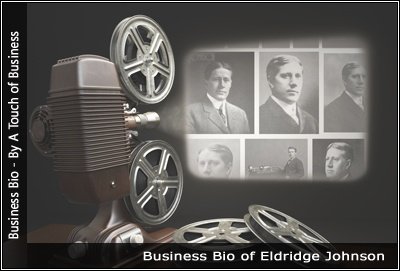 The logo of the phonograph and the dog peering into it is one of the most recognizable in the world. Eldridge Johnson was one of the founders of the Victor Talking Machine Company, which became famous for making phonographs, phonograph records, and the dog-with-phonograph logo.

Because of the phonographs and records made by Victor Talking Machine Company, the music industry was revolutionized. Johnson had an ear for quality music that made his company truly successful.

Because of Johnson’s talent and knowledge in mechanics, he was able to improve on the design made by the Berliner Company.

It is said that the recording industry owes its foundations to the Victor Talking Machine Company. Johnson was never satisfied with what he had accomplished and he kept pushing for continuous innovation. In fact, Johnson received many patents during his term as the head of the company. He made revisions in product design, size, and the quality of sound.

When Johnson merged with Berliner, he was also able to get the rights to the logo of the dog with the phonograph. The logo appeared on every machine that the company produced, as well as all the advertisements that were launched by the company. It was one of the most successful marketing campaigns in history.

What Johnson had was an excellent product that was constantly improved upon. Aside from this, he was also able to market the product effectively. People associated with the logo and tied it into trusting a brand with a long tradition of quality. Radio broadcasting, however, ate away at the phonograph’s popularity, and its business leader had to sell off his share of the company. But he made so much money from this sale that he died a rich man.

The director of Johnson’s school told him that he was more suited for manual labor because he was so dumb. But Johnson persevered and became a successful businessman, inventor, and millionaire. Johnson’s hobby was collecting rare editions of Lewis Carroll’s Alice in Wonderland.

The Biography of Eldridge Reeves Johnson