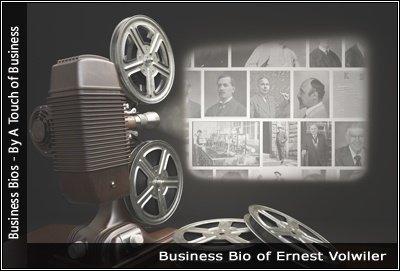 Ernest Volwiler was a staff chemist at the Abbot Laboratories. He became famous when he and Donalee L. Tabern discovered Pentothal in 1936. This discovery revolutionized modern medicine.

At first, they were looking for a substance that could produce unconsciousness when incorporated directly into a person’s bloodstream.

After 3 years of research, they found the substance they were looking for. The orientation was smooth, with no muscle twitching, and has no effects on the psyche. Pentothal can be used for a minor operation or for longer major operations.

Ernest Volwiller – Serving Abbot Laboratories from the Ground Up

Ernest Volwiler was born in Hamilton, Ohio. He got his bachelor’s degree from Miami University in Ohio. He also got his master’s degree and a doctorate degree in chemistry at the University of Illinois.

He was working at the Abbot Laboratories as a staff chemist pioneering in the anesthetic pharmacology field. He and his colleagues were able to discover a substance that revolutionized modern medicine in the field of anesthetics.

Ernest Volwiler was also instrumental in the financial success of Abbot Laboratories when he helped the company in the commercialization of sulfa drugs and penicillin during the Second World War.

Ernest Volwiler was active in the community. It’s often said that his caring nature towards other people was one of the driving forces that pushed him in the discovery of Pentothal.

Ernest Volwiler was included in the National Inventors Hall of Fame for the works he has done on Pentothal.

He has also received a gold medal from the American Institute of Chemists and was awarded the Priestley Medal by the American Chemical Society in 1958.

The Biography of Ernest Volwiler