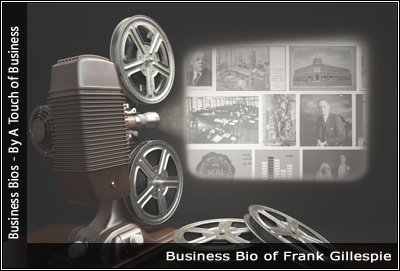 Frank Gillespie was one of the first black Americans who built companies during the Great Migration of African Americans to Chicago.

Gillespie recognized that the black community in Chicago deserves fair treatment and better insurance opportunities so he founded Liberty Life Insurance in 1919 just after World War I.

His insurance company focused on whole life insurance aside from the customary industrial quotes given by white-owned companies in the past.

After six years, Gillespie’s company’s assets have grown to $495,000 and more than $8 million of insurance. Liberty Life Insurance continued to become one of the largest black-owned companies in the United States.

Frank Gillespie was born from a humble family in Arkansas. He was a promising violinist and revised the Boston Conservatory of Music. Later on, he decided to move to Chicago where he started a job at a telephone manufacturing company. He then worked as a real estate agent in Oscar DePriest’s company and after that, he worked as an insurance agent at Royal Life Insurance Company of Illinois.

Royal Life was a white-owned company catering industrial quotes to black Americans and this is where and how he learned the business. Gillespie admired how Royal Life gave out insurance policies and hired black Americans despite racial conflicts during the period.

Gillespie continued to work with Royal Life until he was promoted to the district superintendent. He began establishing his own insurance company, Liberty Life by gathering investors, selling stocks, and advertising in newspapers. In 1919, Liberty Life Insurance Company was officially in business.

The company focused on supporting the needs and providing employment to black American families. Under Gillespie’s presidency, his company had over 700 workers, $5 million in policies, and 3,000 stockholders, making it survive the Great Depression. Gillespie served as President until his death in 1925.

The Biography of Frank L. Gillespie