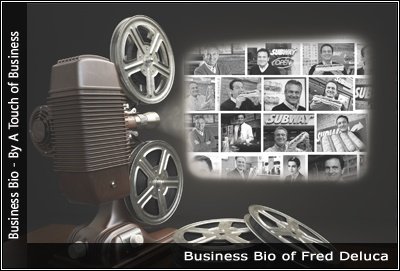 Considered as the largest sandwich franchise in the world, Subway surpassed its 40 years in the industry with over 25,000 franchised locations across 84 countries as of 2006.

Fred DeLuca, Subway’s leader, managed to withstand the growing popularity of other quick-service chains such as McDonald’s and 7-Eleven.

At the age of 17, DeLuca decided to take Psychology at the University of Bridgeport in Connecticut. Working in a hardware store was not enough to finance his tuition for college then so he asked Dr. Peter Buck, a nuclear physicist, for help.

With $1,000, Peter’s Super Submarine was up and running at DeLuca’s hometown – Bridgeport in 1965. Offering a variety of sandwiches and salads, DeLuca’s sub shop made a big hit in the fast-food industry and eventually changed its name to Subway.

DeLuca took advantage of the lack of quick-service chains to cater to customers anywhere, anytime. Known for its freshly baked sandwiches, Subway has been baking its own bread at its very store every day since 1983. DeLuca even designed Subway’s bread machine to ensure the quality of its bread as a healthy alternative to traditional fast food.

Subway then set out on a campaign to increase its visibility via franchising and it’s first opened in 1974. Twenty years later, Subway celebrated 30 profitable years and witnessed the opening for business of its 11,000th franchise outlet.

An encouraging employer and business leader, Fred DeLuca sponsors parties and free sneak previous to Subway employees and franchisees as part of his people management program.

The Biography of Fred Deluca