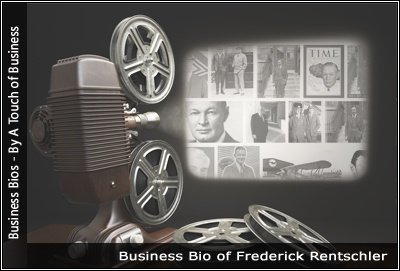 When it comes to aviation, Frederick Rentschler is surely one name that will go down in history books. He is responsible for a number of important inventions that have improved the progress of airplanes including those used by Amelia Earheart and Charles Lindbergh.

Frederick Rentschler was born to a family that owned the Republic Motor Car company. After graduation, he joined the family business as a mechanic.

Later on, he also joined the United States Army. During his time in the army, he was assigned to inspect Hispano-Suiza aircraft, which were manufactured by a French company.

During this time in New Jersey, Frederick Rentschler was able to learn about the ins and outs of aircraft and aviation. After he left the army, Rentschler was armed with a vision. He knew that to keep up with the times, airplanes should have engines that do not weigh so much.

His brilliant idea was an air-cooled engine that did not sacrifice the power and performance that was expected from airplane engines.

Although this went against the general consensus that liquid-cooled engines would be the wave of the future, Frederick Rentschler was confident about his idea. He took on the post of president at the Wright Aeronautical Corporation, but they would not approve funding for his air-cooled engine.

He resigned from the company and convinced the Pratt and Whitney Tool Company to help with the research and development of his brilliant idea. After it was completed, Rentschler was met with immediate success when the Navy ordered 200 engines.

Together with Vought and Boeing, Frederick Rentschler formed the United Aircraft Corporation, which eventually offered passenger flights on their aircraft.

Without the contributions of Frederick Rentschler to American aviation, the legendary and historical flights of Earheart, Lindbergh and even James Doolittle would never have been completed.

It was also under his supervision that the first helicopters and jet engines were created in the United States, thereby revolutionizing the way everyone travels today.

The University of Connecticut football field is named Rentschler Field in his honor. There is also a school called Renbrook School that he and his wife owned. For his contributions to aeronautical science, he was honored as an officer of the Legion of Honor.

The Biography of Frederick Rentschler