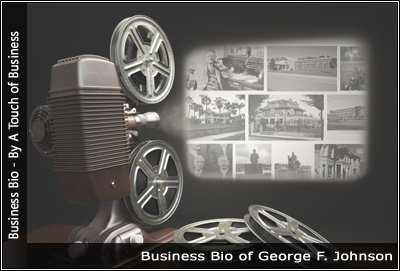 George F. Johnson established the Endicott-Johnson Shoe Company, which was the largest shoe manufacturer in the United States at the time. What made him a truly great business leader were his employee reforms, most of which are still in force today.

Johnson ran the Endicott-Johnson Shoe Company with much success, He cared for his employees. Johnson had a background in shoemaking because he worked for other shoe manufacturers for 10 years.

When he turned 24, he worked for the Lester Brothers shoe company, already showing great promise at an early age. Eventually, Johnson was able to buy his share of the company. During his time at the helm of the company, it provided supplies to the United States Armed Forces in the First and the Second World Wars.

But Johnson’s contribution to American corporate history was not so much his business sharpness as his people skills. The thousands of employees who worked for the Endicott- Johnson Company were treated as equals by Johnson. They came from different backgrounds and he gave all of them the same chance to make an honest and decent living.

As early as 1919, Johnson started profit-sharing for his employees. Even during the Great Depression, employees of the Endicott-Johnson Shoe Company did not fall on hard times. When times were hard, employees respected and loved their employer that they never resorted to joining a union.

He gave all his workers comprehensive medical care, in addition to wages that were always significantly higher than industry standards. Every worker knew that they would be well taken care of even when an accident or sickness struck.

In fact, Johnson even built a Recreation Park for his workers, where they could enjoy a pool and tennis courts. Eventually, free trade brought the Endicott-Johnson Shoe Company to ruin. But for the workers whose lives Johnson touched, his legacy remains.

A monument was put up in Birmingham in memory of George Johnson and his contribution to fair and kind employee relations.

The Biography of George F. Johnson