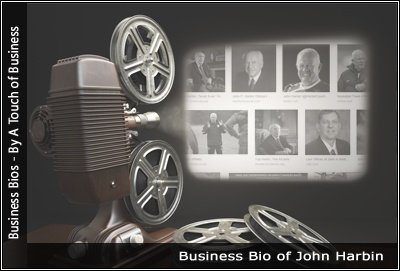 John Harbin was the chief executive officer of the oil services and construction company, Halliburton, and the steel manufacturing company, Lone Star Steel.

He managed to boost sales and income for Halliburton even though times were hard due to the economic crisis in the 1970s.

During this period, Harbin continued to develop and lead Halliburton to increase its revenues to as much as five times from $1.4 billion to $7.3 billion in less than ten years.

The company’s earnings multiplied almost seven times to as much as $500 million. Due to his efforts, Halliburton ranked as one of the fifty top-performing United States companies for one straight decade.

John Harbin was born in Texas. He graduated at the University of Texas at Austin with a degree in Business Administration in 1939. He also served in the United States Naval Reserve as a lieutenant during World War II. After the war, he joined Erle Halliburton’s firm and started to work, overseeing and controlling oil services and construction.

In 1972, he became the chief executive officer of Halliburton, guiding it through the economic crisis that plagued several other industries. He became highly active in several groups and updated his knowledge in the oil business by joining the American Petroleum Institute, National Petroleum Council, and EBacklinkson Carter Oil in Venezuela.

Under his leadership, the company multiplied its revenues like never before while others were folding up and going bankrupt. Harbin was able to increase revenues by almost $6 billion and earnings by over $400 million during the ten-year period, making the company one of the top financial powerhouses. He continued to serve as Halliburton’s CEO until 1983.

From 1989 to 1998, he served under the Lone Star Steel Company’s flag as CEO and Chairman of the Board where he again boosted sales and overall income.

John Harbin was highly active in several firms and organizations and served as Member of the Board of Citicorp, Circle K, and Dallas Museum of Art. He was Administrator of Advisory Council, McCombs School of Business, and the University of Texas at Austin and Honorary Director of the American Petroleum Institute.