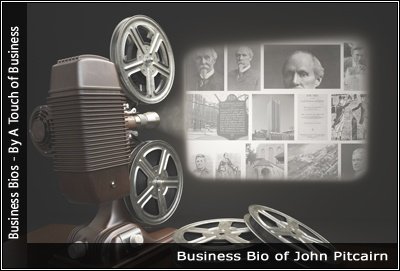 John Pitcairn, together with Capt. John B. Ford, founded the Pittsburgh Plate Glass Company (PPG) in 1883. PPG was the first financially successful U.S. based manufacturer of plate glass.

John Pitcairn was known to have laid the groundwork for 100 years of success in business.  Because of him, PPG had a good foundation that led the company to where it is now – a big part of the global industry.

John Pitcairn – Expansion is the Key to Long-Term Growth

John Pitcairn was born in Scotland. He was once the President of the Pennsylvania Railroad. One day Captain John Baptiste Ford, a steamboat-fleet operator, persuaded him to start a company that manufactures plate glass. It was a good idea since all the things they needed were in Pittsburgh, just 20 miles northeast of Pennsylvania. Seeing that Pittsburgh will be part of their resources, they named their company Pittsburgh Plate Glass Company (PPG). This all began in 1883.

Unlike other American plate glass manufacturers, PPG became successful and was at par with other European Companies. In 1896, PPG created a commercial department. With this, PPG became its own distributor and warehouser. But there were disagreements regarding distribution between John Pitcairn and Ford’s sons. This resulted in Ford’s sons selling PPG interests.

In 1899, John Pitcairn became the president of PPG and during this time, he founded an independent company named Columbia Chemical Company. This company located at Barberton, Ohio manufactured soda ash that was the main material used in glassmaking. (This company is the predecessor of today’s PPG Chemical Group.)

There was a continual expansion of PPG’s products. For instance, John Pitcairn added brushes and paints in their product line (since they were distributed in the same channels as glass). The expansion of PPG was not only limited to products but to locations as well. The company was able to establish operations in Europe. The growth and achievements of PPG were all possible because of John Pitcairn.

John Pitcairn was the reason why the company’s product line is diversified and he was the force behind the expansion of marketing outlets for its different products and development of raw material sources.