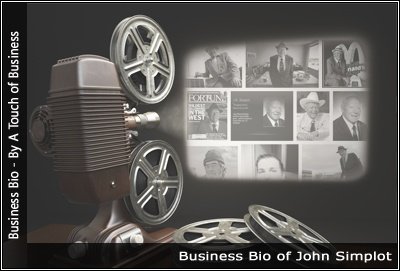 John Simplot founded the J. R. Simplot Company. It is the largest supplier of French fries to fast-food giant McDonald’s. Simplot put his money in various businesses, ranging from potatoes to cattle to fertilizers.

He used his knack for achieving production efficiency along with his eye for spotting a rapidly growing market to realize huge profits.

Success did not come easy for John Simplot. His family lived a fairly simple life back in Idaho. But through diligence, hard work, and a bit of good luck, Simplot was able to gain for himself a reputation as a self-made industrialist billionaire.

Simplot quit school when he hit eighth grade at age 14. He left home after a fight with his dad and got a job working at a farm near the Declo area. Here, he was exposed to the potato and other vegetable processing businesses.

By the Second World War, J. R. Simplot Company was considered the largest shipper of fresh potatoes in the country. Simplot took advantage of the army’s demands for food by developing his potato business. Simplot’s notable achievements include the creation of freeze-dried French fries and dehydrate potatoes.

Simplot also took government funding as an opportunity to establish a fertilizer empire, grabbing 15 percent of the total market in 1968.

It was sometime in the 1930s that Simplot learned of phosphate as a critical nutrient for growing his potato crops. This became the start of the Minerals and Chemicals Group of the J. R. Simplot Company. The Group went on to become the biggest phosphate fertilizer producer in the western section of North America.

Under Simplot’s leadership, the Simplot Canada Limited firm set up a fertilizer manufacture facility in Brandon in 1965. By 1998, it had managed to double its original capacity. Following this, Simplot proceeded to found a series of retail fertilizers and chemical outlets around the Manitoba province.

During the early 1960s, J. R. Simplot became the primary French fries supplier of McDonald’s. Simplot’s participation in the potato industry gave rise to the Simplot Food Division, one of the largest processing organizations in the world. A potato processing plant was built in 1962. By the time 2005 rolled around, J. R. Simplot Company was supplying more than half of the French fries requirements of McDonald’s.

Jack Simplot retired as company president in 1973. However, he remained actively involved in the various dealings and operations of the J. R. Simplot Company. He lived with his wife Esther at the Grove Hotel building in the Boise downtown, just a few blocks from the company headquarters.

In the early 1980s, J. R. Simplot added further to its wealth by providing startup capital to the fledgling firm Micron Technology, a manufacturer of computer memory chips that was based in Boise. Simplot also invested a hefty amount in Remington Oil.

The Biography of John Richard Simplot