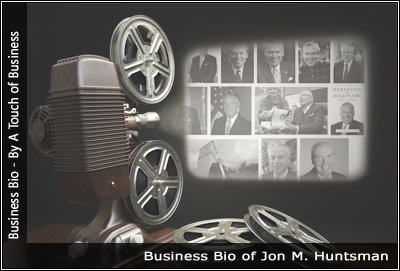 The most successful magnates do not keep their money all to themselves. Case in point: Multi-Billionaire Jon M. Huntsman, for whom helping people matters more than hoarding money.

Since this business leader grew up in poverty before making his riches in the chemical manufacturing business, he knew that money can be earned through hard work and determination, but that generosity and charity must never be forgotten.

Born in 1937 to a simple family in Blackfoot Idaho, Jon M. Huntsman grew up with the principles of hard work, determination, and simplicity, which drove him to aspire to make a big difference one day.

Huntsman went to the University of Pennsylvania’s Wharton School of Finance entirely on scholarships. After he graduated, he worked as a salesman in a Los Angeles company that produced eggs. It was in this company, where he began working on chemicals, that he was assigned to develop plastic egg cartons.

With hard work, Huntsman was able to move up the corporate ladder. He later became president of a joint venture between the egg-producing company and the Dow Chemical Company, Dolco Packaging.

Realizing the potentials of the packaging business, Huntsman established Huntsman Container Corporation in California together with his brother, Blaine Huntsman. This company was eventually sold to Keyes Fiber Company for $8 million. Huntsman persevered in the industry and formed the Huntsman Chemical Corporation.

Through the years, Huntsman was able to acquire other companies and assets. He eventually decided that it was practical to consolidate all of them. He did this by forming Huntsman Corporation, which serves as an umbrella management company for all of Huntsman’s investments.

And being a two-time cancer survivor, Huntsman made it his personal mission to help cancer patients by funding the Huntsman Cancer Institute, which was founded on the belief that “selfless giving unto others represents one’s true wealth.”

The Biography of Jon M. Huntsman