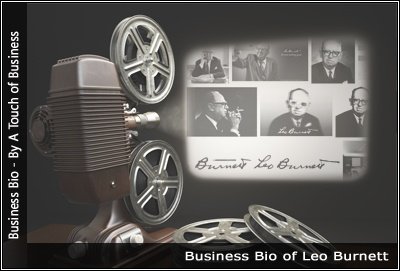 Everybody loves a creative genius and Leo Burnett is one who can make a product famous overnight. He tells the truth and does not exaggerate the facts about one creation. Leo Burnett is a world-class leader who can catch everybody’s attention when it comes to advertising.

His company, Leo Burnett Worldwide, is dedicated to handling, creating, and directing all kinds of genius advertising. If you are not familiar with Burnett, that’s ok. As long as you are familiar with Marlboro Man, the Jolly Green Giant, the Pillsbury Doughboy, Tony the Tiger, and others.

Leo Burnett – The Seeker of the ‘Inherent Drama’ in Objects

Leo Burnett was born in St. Johns, Michigan. He started off as a journalism student at the University of Michigan. After graduating, he became a reporter at the Peoria Journal in Illinois. His first step into the world of advertising is when he moved to Detroit in 1917 and became a copywriter for Cadillac Motor Company.

An advertising executive like Leo Burnett often seeks challenges to overcome so he moved to Indiana in 1918 to work for Lafayette Motors and Homer McKee Agency. After that, he broadened his horizons again and worked for Erwin Wasey & Company in Chicago.

His secret? Leo Burnett loved his agency – he cherished it, looked after it, and developed it to become THE advertising agency that people will also love.

Leo Burnett, like many successful business leaders, gave back a lot to the community. He was very much involved in public service in Chicago, serving many civic organizations.

The Biography of Leo Burnett