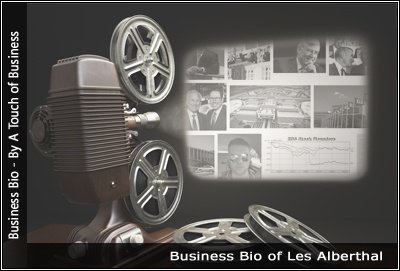 Lester Alberthal, Jr. was at the helm when Electronic Data Systems (EDS) invaded the global marketplace.

He was the one mainly responsible for the tremendous growth achieved by EDS, making it a leader in the information technology services business.

Alberthal is known for tripling the firm’s revenues and driving down its dependence on General Motors as a primary client.

The stories of EDS and Lester Alberthal, Jr. share a lot of the same pages. Fresh out of college in 1968, Alberthal joined EDS as a systems engineer trainee, a mere six years after the company’s founding. Alberthal established his career as he was helping EDS build its business. Upon assuming leadership of the firm in 1986, he catapulted the company towards greater heights of business success.

Les Alberthal has many notable accomplishments at EDS. Aside from leading the firm into the global market arena, he supported and advanced a variety of major trade issues for the company as well as its industry across the globe. His many speaking engagements took him from Washington, D.C., or Dallas to Yokohama and Sao Paolo. Where Les Alberthal’s way of thinking led him, the EDS business followed.

Under Alberthal’s guidance, the company was able to become not just a firm that had offices in different countries. It turned into a global team capable of understanding and catering to the specific needs of its worldwide customer base. In fact, EDS was able to cut its reliance on GM-generated earnings from 70 percent in 1986 to a mere 55 percent in 1989.

Throughout the years, EDS has successfully maintained steady and strong growth amid market globalization, hardware and software revolutions, technological convergences, and a fast-growing, wonderfully diverse workforce population. The company later diversified to include transportation, manufacturing, energy, communications, and other new business areas. This led to further expansion of its international businesses.

Not one to stick to the old, Alberthal remained open to change, welcoming the new instead of resting on his laurels. He did not believe in turning the company’s success into a standard formula and simply sitting back and doing what has worked well in the past. For him, this would have spelled a slow death for EDS. While taking the easy path is tempting, for this business leader, it was not the road for the firm he represented.

Aside from his many work responsibilities, Alberthal also kept himself busy with involvement in educational institutions and various charities around the world. In this way, he is able to ensure that the labor force of tomorrow is equipped with ample knowledge and expertise to satisfactorily deal with the challenges of the future.

Alberthal took part in a host of charitable activities. He spearheaded the involvement of EDS in the JASON Foundation for Education. In addition, he served as a trustee of the Southern Methodist University. This business leader is especially proud of the annual Global Volunteer Day at his firm.

The Biography of Les Alberthal