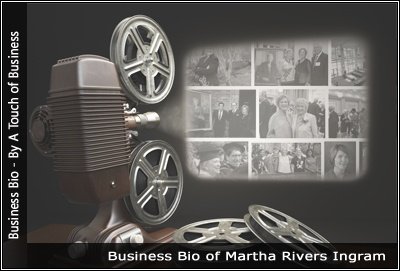 It was only after the death of her husband that Martha Ingram took over Ingram Industries, a distribution company worth billions of dollars. It was during her tenure that Ingram Micro, a computer wholesale company, was offered to the public.

Ingram Industries handled distribution for some of the largest companies in the United States.

Martha Ingram – Opportunity In The Midst of Crisis

Up until she took over from her husband, Ingram was not interested in business at all.

In fact, she had made a name for herself in the performing arts. She set up the Tennessee Performing Arts Center, which operates based on funds that she helped raise herself. Later on, she joined the board of directors of Ingram Industries so she could familiarize herself with her husband’s business.

She assumed the position of chairman of the board after her husband died. After this takeover, she oversaw Ingram Industries, which handles home videos and video games; it was later sold to her son. Ingram Industries is also composed of smaller divisions such as Ingram Book Group, Ingram Marine Group, and Ingram Insurance Group. This Martha and her three played active roles in these companies as part of the board of directors.

This business leader’s integration of many elements of the business into a single conglomerate led to the success of Ingram Industries. The conglomerate eventually offered Ingram Micro, its computer wholesale arm, to the public, as it concentrates on a host of other companies.

Even though Ingram is known as one of the top executives in the United States, she continued to be active in her first love, the performing arts. She sat on the board of directors of a host of groups and organizations in Tennessee that are deeply involved in the performing arts. Because of her generous contributions, a library and a performing arts hall have been named after her.

Ingram is the first woman to have been inducted into the South Carolina Hall of Fame. She ranked among the richest people of the Forbes 400.

The Biography of Martha Rivers Ingram