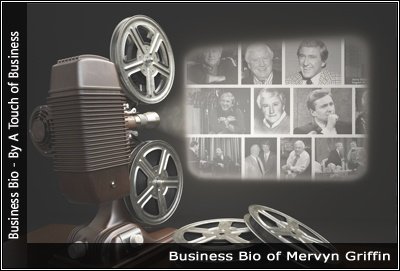 There have been many interesting and successful game shows in American television but only a few have become distinctly memorable… even unforgettable.

The two most successful and unforgettable of these to date is Jeopardy! And Wheel of Fortune. These two shows were created by a brilliant business leader named Mervyn Griffin, Jr., an entertainer who started as a lounge singer and rose to become one of the wealthiest and most successful entertainers of all time.

Griffin, born on July 6, 1925, in San Mateo, California, entered the world of entertainment as a singer in an orchestra, doing shows in nightclubs and lounges.

He eventually became more successful as a solo artist, selling millions of copies of his hit records including ‘I’ve Got a Lovely Bunch of Coconuts’. Griffin also tried his hand at acting, starring in movies such as ‘So This is Love’ in 1953 and ‘The Boy from Oklahoma’ in 1954. He was also busy appearing regularly in several TV shows.

Griffin, however, got his biggest break when two game show producers, Mark Goodson and Bill Todman, hired him as the host of their new show ‘Play Your Hunch’, which aired on three networks from 1958 to 1962.

Being an enthusiast for games and puzzles himself, Griffin quickly got the hang of the game show business and finally launched his own new shows.

Griffin’s first creation was a ‘new concept’ game show called Jeopardy!, which easily became one of the most-watched and talked about the show during its time. The success of Jeopardy! was then followed in 1983 by Wheel of Fortune.

When Griffin sold Merv Griffin Enterprises for $250 million to the Coca-Cola Company’s Columbia Pictures Television division in 1986, he instantly became ‘the richest Hollywood performer in history’ (as named by Forbes).

Griffin also had his hand in a couple of other business transactions with another giant business leader – Donald Trump.

Griffin bought Trump’s Resorts Hotel and Casino in Atlantic City in 1988, and then later purchased Trump’s $400 million-worth Paradise Island in the Bahamas.