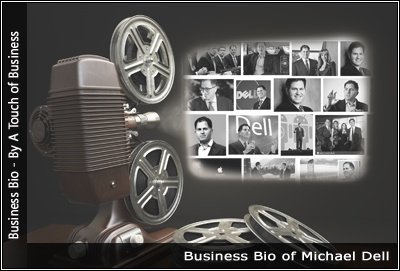 At age 27, business leader Michael Dell was the youngest CEO on the Fortune 500 list of the largest American companies.

This is despite the fact that Dell had average grades in high school, dropped out of college, and was told he would never get anywhere.

Refusing to be discouraged by people who did not seem to understand his wisdom and vision at such a young age, Dell struggled to pursue his interest in computers and went on to build his own company.

That company is now widely known around the world as the Dell Computer Corporation, or simply Dell, a computer manufacturing giant that earns more than $50 million on a DAILY basis.

Michael Dell – Banking on “The Customer is Always Right” Concept

Born to a father that was an orthodontist father and a mother that was a stockbroker, Dell was never thought of as someone who would someday become the youngest CEO of a billion-dollar computer company. He was an average kid who had his own interests other than school, and like other teens his age.

Dell got acquainted and interested in computers. He proved to be different from other 15-year-olds however when Dell brought home an Apple computer and took it apart only to assemble it again just to see if he could.

Dell’s interest in computers never ceased, following him through med school where he was studying to become a physician, a profession Dell’s parents always wanted for him. Setting up his $1,000 PC’s Limited company in his university dorm room assembling customized computers for his fellow students, Dell realized what he really wanted to do and followed that dream… and dropped out of college at age 19.

Dell knew he took a huge risk when he quit school but he never looked back as his vision kept telling him that he would do better-selling computers. Dell stuck with the concept of making computers according to how the customers want them.

He changed the company’s name to Dell Computer Corporation and learned the ropes of component sourcing and mass production. The business, at first, thrived through word of mouth and eventually made it to mainstream commerce. Being the risk-taker and the unconventional business leader that Dell was, he took advantage of the then-booming Internet phenomenon and took his business to the online marketplace.

Dell continued to provide made-to-order computers that are priced significantly lower than those of competitors such as IBM, Hewlett-Packard, and Apple through phone, and internet orders, directly dealing with customers. Sales kept growing rapidly, reaching peak figures of more than $50 million a day.

Dell relinquished his CEO post to his former COO Kevin Rollins and currently serves as Dell Computer Company’s Chairman of the Board of Directors.

The Biography of Michael Dell