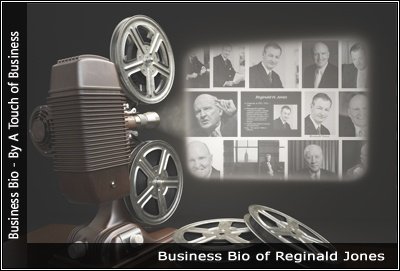 Reginald Jones rose to prominence after he joined the General Electric Company and introduced a new organizational model that enabled the company to realize greater profitability.

Reginald Jones – The Way To The Top

Under the tenure of Jones, the General Electric Company doubled its revenues and tripled its earnings.

Jones was born in England but moved to the United States as a young boy. He entered Wharton and soon became known on campus for the leadership positions he held.

In 1939, he was able to join a Business Training Course at the General Electric Company and soon rose through the ranks. He once served as an auditor of the company and also became a manager of the company’s various concerns, including goods for consumer, industrial, and commercial purposes.

In 1968, he became the chief financial officer of the company, and then the senior vice president after two more years. From 1972 to 1981, Jones was chairman of the General Electric Company.

He also served as its president and chief executive officer for some time. Under his leadership, the company developed more measures for accountability. He imposed controls within the company that lead to greater efficiency.

He also stressed the importance of research and development to be able to keep up with the changing times.
It comes as no surprise then that as he took on the challenges that came with being chairman, the company grew by leaps and bounds.

Reginald remained a member of the Penn Board of Trustees until his death at the age of 89. His vision for the General Electric Company was always in terms of long-term growth, not just momentary profitability.

Because of the importance of his contributions, he was even given advisory positions by three presidents of the United States of America: Nixon, Ford, and Carter. He remains one of the most revered alumni at Wharton, with a scholarship and a hall named in his honor.

The Biography of Reginald H. Jones

Tags
By Written For A Touch of Business
Copyright © 2021 atouchofbusiness.com. All Rights Reserved
Disclaimer: Information on this site is intended for educational purposes. The publisher and authors are not liable for any damages or losses associated with the information contained on this website.
This website uses cookies to improve your experience. We'll assume you're ok with this, but you can opt-out if you wish. Cookie settingsACCEPT
Privacy & Cookies Policy