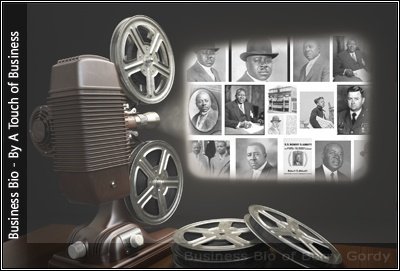 When it comes to the newsprint and media world, business leader Robert S. Abbott is very well known.

He is the man behind the success of the country’s most influential black weekly newspapers in the 1900s – the Chicago Defender.

Abbott was opposed to any form of racism. With his indomitable spirit and entrepreneurial skills, Abbott was able to catapult the Chicago Defender to national prominence.

Robert Abbott was not exactly an overnight success – far from it actually. Abbott had to battle racial discrimination, which made it impossible for him to work as a lawyer or printer; this caused him to turn his sights on journalism.

Abbott was born to parents who were former slaves. From his humble beginnings, he persevered, mastering the printing trade at Virginia’s Hampton Institute. For his law degree, he moved to Chicago in 1897 and worked odd jobs until he graduated from the Kent College of Law.

In May 1905, Abbott showed up on Chicago’s streets selling copies of his Chicago Defender, promoting it as the only weekly in the city worth a cheap two cents. With only the kitchen table of his landlord as a desk, he set out to make his publication dream a reality. Abbott served as the newspaper’s editor, business manager, publisher, sales force, and reporting staff.

Abbott’s entrepreneurial expertise paved the way for further national prominence for the Chicago Defender. He recruited Pullman porters and entertainers to handle the paper’s national circulation in exchange for newspaper coverage. The Chicago Defender became the first black newspaper to hit a circulation of close to 100,000. It was the first of its kind to have a full-page comics section and health column.

Abbott became one of the first African-American millionaires as a result of the Chicago Defender’s success and is considered the single greatest force in the field of African-American journalism.

Key Success Traits: Unwavering determination in the face of adversity, Both a dreamer AND a doer

Abbott created the Chicago Defender back in 1905 with only 25 cents in his pocket and a press run of fewer than 400 copies. The year 1921 saw the newspaper turn national, with a total of 70 employees and a plant that’s valued at half a million dollars.

The Biography of Robert S. Abbott