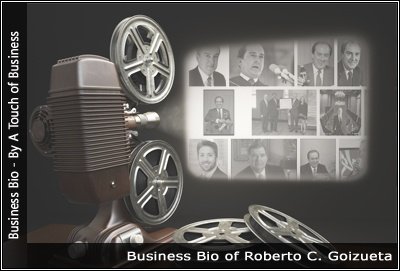 Roberto C. Goizueta, a non-American business leader would succeed tremendously in growing an American company into one of the most popular companies and brands the world has ever seen.

Goizueta, a Cuban-born business leader, led the Coca-Cola Company to become one of the highest-earning companies in the world today.

Born in 1932 in Havana, Cuba to parents Crispulo Goizueta and Aida Goizueta, Roberto C. Goizueta was raised in a fairly wealthy family who had its own sugar refinery business in Cuba.

Goizueta’s parents were able to send him to a Jesuit school in Cuba and then abroad to the Cheshire Academy in Connecticut, United States.

Goizueta further studied in the United States at Yale University where he acquired a degree in Chemical Engineering, a profession that later on would launch him into a path that would change his life forever.

Goizueta returned to Cuba to attend to their family business. He later found work at one of Coca-Cola’s branches in Cuba. He was quickly promoted to Chief Technical Director responsible for five Coca-Cola bottling plants in Cuba. He further moved to become a chemist in Coca-Cola’s plant in the Caribbean.

Goizueta was re-assigned to the Coca-Cola Company headquarters in Atlanta, Georgia in 1964, where he was again promoted to Vice President of Technical Research and Development. After some more important promotions, Goizueta finally rose to become Coca-Cola’s Chairman in 1981

During his service as Coca-Cola Company’s head, Goizueta was able to expand the company by launching its products in countries that it never explored before.

As a result, sales soared and investors were pleased with their sky-rocketing stock profits. This development finally propelled Coca-Cola as one of the top companies in the entire United States, beating all competitors, including arch-rival Pepsi.

Aside from making history for being a Cuban heading an American company, Goizueta also set a record when he became the first-ever CEO to become a billionaire in a company that somebody else had founded.

The Biography of Roberto C. Goizueta