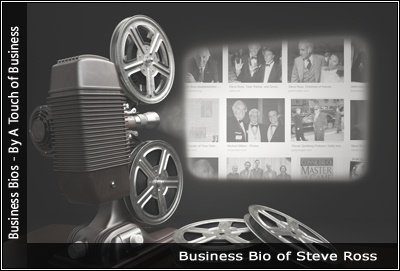 It was under the helm of Steve Ross that Warner Communications merged with Time Inc. to form a multi-million dollar media conglomerate, Time-Warner. Due to this merger, it became the largest media company in the world.

Steve Ross – How He Built Time-Warner

Born during the time of the Great Depression, the father of Steve Ross changed their last name from Rechnitz to Ross so that they would have better opportunities in looking for work.

When he married Carol Rosenthal, he also took on the management of the funeral home business that his father-in-law owned.

While the funeral business was based in New York, he was able to negotiate a merger with a New Jersey-based company called Kinney System. The new company was called the Kinney National Service and he also became the president of this new enterprise.

With the earnings he made from Kinney National System, he bought the Warner-Seven Arts Studio, which was later renamed to Warner Communications. In 1972, he took post at Warner Communications and he held three concurrent positions as the president, CEO, and chairman of the company.

Steve Ross was able to predict that cable television would become big in the United States. It was also because of his company that networks such as MTV and Nickolodeon have their undeniable place in American pop culture today.

During the 1980s, Warner had been experiencing some financial woes and it took great negotiating skills from Steve Ross to initiate the merger with Time Inc. and thus save the company from going under.

When the merger with Time was completed, Steve Ross reportedly took home the amount of more than USD 78 million due to the deal.

In 1992, Steve Ross passed away and was replaced by Gerald Levin. After his death, the Time-Warner conglomerate has only seen its profits grow and expansion to different areas of business such as HBO, Cinemax, and D.C. Comics were also completed.

Ross is also lovingly remembered for rewarding his employees based on incentives and allowing them to generate their own ideas for improving the business.

As one of the founders of the New York Cosmos, Steve Ross was inducted into the National Soccer Hall of Fame.

The Biography of Stephen Jay Ross