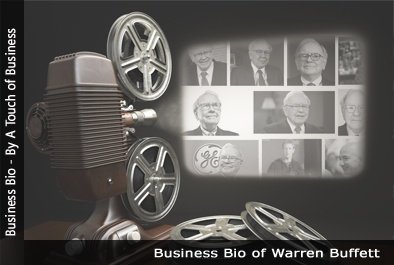 Warren Buffett is considered one of the greatest business leaders of our generation. He is practical, economical, and knows how to put money to good use.

These include newspaper publishing, candy production, uniform manufacture and distribution, sales of encyclopedias and home cleaning products, and footwear distribution.

Warren Buffett is also famous for his frugal lifestyle. He still lives in the same house he bought in 1957 for $31,500 in Omaha, Nebraska.

Warren Buffett – The Oracle of Omaha

At the age of 11, Warren Buffett learned his first lesson about good investments. He bought his first stock, Cities Services, at preferred shares for $38 apiece. When the value increased to $40 each, he sold the stocks but these rocketed to $200 each a few years later.

Warren Buffett filed his first income tax at the age of 13 declaring his bicycle as a work expense. There’s more. At the age of 14, Buffett invested $1,200 of his savings into 40 acres of farmland. When Buffett reached 15, he got a job writing stock prices on a chalkboard for his father’s brokerage. At 17, he and a friend owned 3 pinball machines in three different locations.

Warren Buffett was not happy to attend college, but due to the insistence of his father, he attended the Wharton School of Finance and Commerce and later transferred to the University of Nebraska. He also took up a Master’s Degree in Economics in Columbia Business School and he studied under Benjamin Graham to learn more about the world of finance.

After graduating, he wanted to work for Graham-Newman but he was turned down so he worked with his father at their brokerage. He got stocks from Geico and met the future president of Geico that time. There, Buffett was given a crash course on insurance business. He also learned why Geico is far more superior to its competitors.

In 1954, Warren Buffett worked with Graham-Newton but returned to Omaha after two years without any career plans. This changed when he met a potential client who sought Buffett’s knowledge in investments. This made Buffett establish his investment partnership with his family and friends, the Buffett Partnership Limited (BPL).

When the textile industry was falling, BPL purchased every share insight of Berkshire Hathaway. At first, Berkshire’s vice-chairman thought that Warren Buffett was wrong in purchasing the company, but it soon became one of the largest holding companies in the world. Soon enough, Berkshire Hathaway invested in several different industries, but the core business today is still insurance.

Did you know that Warren Buffett is the second richest man in the world? According to Forbes magazine, his net worth is US$42 billion. Regardless of his enormous wealth, he still lives a simple life at Omaha, Nebraska. His annual salary is just $100,000.