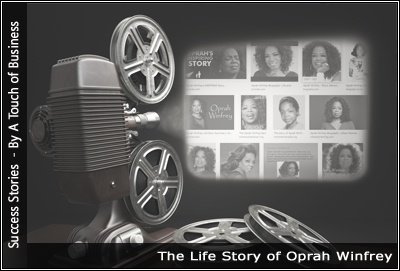 A Collection of Resources to Tell the Story of Oprah Winfrey

Oprah Winfrey might have inadvertently become a meme, but she’s so much more than that. She’s a modern-day success story, a self-made billionaire who overcame societal discrimination against both her sex and her ethnicity to become the highest-paid celebrity for several years in a row.

Winfrey was born in January 1954, four months before a landmark Supreme Court decision in the case of Brown vs. the Board of Education which declared that racially segregated public schools were inherently unequal.

Of course, America’s problems with racism and segregation didn’t end overnight, but Oprah’s birth year was an important step in the direction of equality, even if it was along a road that we’re still walking along today.

Oprah’s early years were far from idyllic. Raised in poverty by a single mother in the American West, she was molested as a child and gave birth at 14 to a premature son called Canaan who didn’t make it to his first birthday.

But she didn’t let that tragedy define her, getting her start in local radio (at Nashville’s WVOL) while simultaneously studying communication at Tennessee State University, where she’d been awarded a scholarship.

She later becomes the youngest news anchor and the first black female news anchor at WLAC-TV, but it wasn’t until she moved to Chicago and took WLS-TV’s AM Chicago talk show from being the lowest-rated talk show in the area to be the highest that her career really started to take off.

Her big break came when iconic film critic Roger Ebert spearheaded the inception of the Oprah Winfrey Show, which first aired in September of 1986. Since then, she hasn’t looked back. Her 1993 interview with Michael Jackson, for example, became the most-watched interview in history.

Throughout her career, Oprah has proved time and time again that the term “renaissance man” is unnecessarily gendered. She’s worn dozens of different hats throughout the years, earning kudos as a TV and radio host, an actress, an author, a media mogul, a producer, and arguably most importantly, as a philanthropist.

And even as we head into January 2020, when Oprah will celebrate her 66th birthday, she shows no signs of slowing down. She’s already the richest African American of the 20th century.

In recent years, Oprah has partnered with Apple to create original content for Apple TV+ and made her return to the movie industry by starring in A Wrinkle in Time. She’s also written five books throughout her career, including a recent notable memoir that tells the story of her life from those early days in Tennessee to the height of her fame and influence, which is arguably still increasing.

And we haven’t even mentioned the $400 million she’s donated to educational charities, including the 400 scholarships she’s funded at Morehouse College in Georgia. She was also the founder of the Angel Network, which raised over $80 million for charities around the world in the twelve years in which it was active. We can’t wait to see what she does next!

In addition to the above content, you’ll find a unique collection of resources that give you a glimpse into the life of Oprah Winfrey as well as up to date information in the sections near the end of this post.

The Biography of Oprah Winfrey

Oprah Winfrey: All the Ways the First Black Female Billionaire Has Made History – Biography

Oprah Winfrey and Her Business Ventures

Top 20 Inspiring Oprah Winfrey Quotes That Will Empower You | Goalcast

35 Of The Best Oprah Winfrey Inspirational Quotes And Sayings – BeInspiredChannel.com

8 Traits That Oprah Winfrey, Richard Branson, and Other Extremely Successful Leaders Have | Inc.com

Oprah Winfrey attributes her success to this trait

The 10 Traits That Every Entrepreneur Can Take From Oprah

How Oprah Conquered Her Biggest Failure (and How You Can Too) | Inc.com

Oprah Winfrey: A Profile in Failure

Overcoming Obstacles: What Oprah Winfrey Learned From Her Childhood of Abuse – Learning Liftoff

How Oprah Winfrey Found Her Purpose

List of awards and nominations received by Oprah Winfrey – Wikipedia

The Latest About Oprah Winfrey